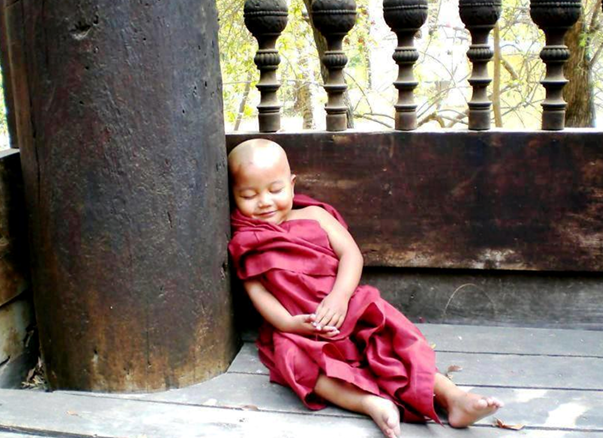 The Little Buddha over Onwetendheid

The Goat Who Saved The Priest

So beware before becoming a (initiated) priest of a false religion 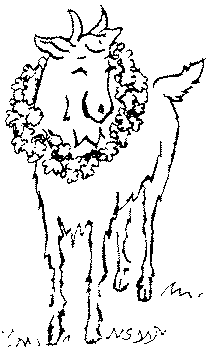 Once upon a time, there was a very famous priest in a very old religion. He decided it was the right day to perform the ritual sacrificing of a goat. In his ignorance, he thought this was an offering demanded by his god.

He obtained an appropriate goat for the sacrifice. He ordered his servants to take the goat to the holy river and wash him and decorate him with flower garlands. Then they were to wash themselves, as part of the purification practice.

Down at the riverbank, the goat suddenly understood that today he would definitely be killed. He also became aware of his past births and deaths and rebirths. He realized that the results of his past unwholesome deeds were about to finally be completed. So he laughed an uproarious goat-laugh, like the clanging of cymbals.

In the midst of his laughter, he realized another truth that the priest, by sacrificing him, would suffer the same terrible results, due to his ignorance. So he began to cry as loudly as he had just been laughing!

The servants, who were bathing in the holy river, heard first the laughing and then the crying. They were amazed. So they asked the goat, "Why did you loudly laugh and then just as loudly cry? What is the reason for this?" He replied, "I will tell you the reason. But it must be in the presence of your master, the priest."

Since they were very curious, they immediately took the sacrificial goat to the priest. They explained all that had happened. The priest, too, became very curious. He respectfully asked the goat, "Sir, why did you laugh so loudly, and then just as loudly cry?"

The goat, remembering his past lives, said, "A long time ago, I too was a priest who, like you, was well educated in the sacred religious rites. I thought that to sacrifice a goat was a necessary offering to my god, which would benefit others, as well as myself in future rebirths. However, the true result of my actions was that in my next 499 lives I myself have been beheaded!

"While being prepared for the sacrifice, I realized that today I will definitely lose my head for the 500th time. Then I will finally be free of all the results of my unwholesome deeds of so long ago. The joy of this made me laugh uncontrollably.

"Then I suddenly realized that you, the priest, were about to repeat the same unwholesome action, and would be doomed to the same result of having your head chopped off in your next 500 lives! So, out of compassion and sympathy, my laughter turned to tears."

The priest was afraid this goat might be right, so he said, "Well, sir goat, I will not kill you." The goat replied, "Reverend priest, even if you do not kill me, I know that today I will lose my head and finally be released from the results of my past unwholesome action."

The priest said, "Don't be afraid, my fine goat. I will provide the very best protection and personally guarantee that no harm will come to you." But the goat said, "Oh priest, your protection is very weak, compared to the power of my unwholesome deed to cause its necessary results."

So the priest cancelled the sacrifice, and began to have doubts about killing innocent animals. He released the goat and, along with his servants, followed him in order to protect him from any danger.

The goat wandered into a rocky place. He saw some tender leaves on a branch and stretched out his neck to reach them. All of a sudden a thunderstorm appeared out of nowhere. A lightning bolt struck an over-hanging rock, and cut off a sharp slab, which fell and chopped off the goat's head! He died instantly, and the thunderstorm disappeared.

Hearing of this very strange event, hundreds of local people came to the place. No one could understand how it had happened.

There was also a fairy who lived in a nearby tree. He had seen all that had occurred. He appeared, gently fluttering in the air overhead. He began to teach the curious people, saying, "Look at what happened to this poor goat. This was the result of killing animals! All beings are born, and suffer through sickness, old age and death. But all wish to live, and not to die. Not seeing that all have this in common, some kill other living beings. This causes suffering also to those who kill, both now and in countless future rebirths.

"Being ignorant that all deeds must cause results to the doer, some continue to kill and heap up more suffering on themselves in the future. Each time they kill, a part of themselves must also die in this present life. And the suffering continues even by rebirth in hell worlds!"

Those who heard the fairy speak felt that they were very lucky indeed. They gave up their ignorant killing, and were far better off, both in this life, and in pleasant rebirths.

The moral is: Even religion can be a source of ignorance. 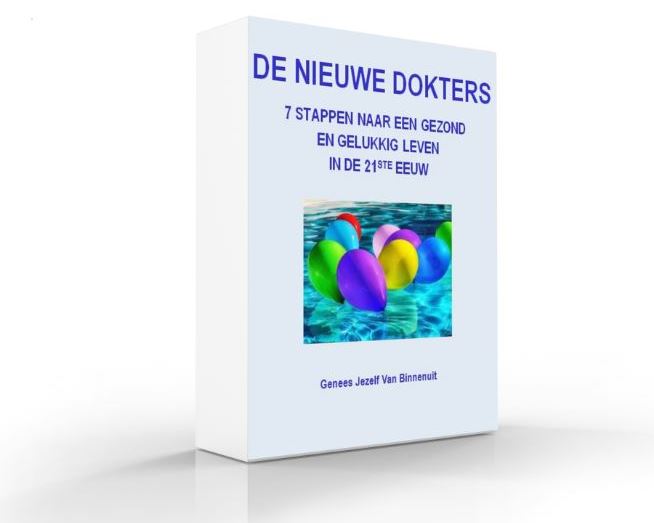